Skokie health officials said when they recognized that the village’s large number of South Asian residents share a higher risk for heart disease and diabetes, they believed they needed to respond.

“As a local health department, one of our duties is to assess the needs of the population we serve,” said Dr. Catherine Counard, the village’s health director. “We serve the village of Skokie, which is about the size of a ward in Chicago.”

What Counard did not know then was that a study of this kind was being conducted close to home at nearby Northwestern University. The village soon became a major player in an expansion of that study, the five-year South Asian Healthy Lifetyle Initiative, or SAHELI as the study is commonly called.

“We knew that by looking at mortality data and also health care utilization data, South Asians had four times the risk of heart disease and diabetes of the rest of the population and were much more likely to die young,” Counard said.

Counard said there is little known about why data indicates such a higher risk, but she thinks it is likely a combination of genetics and lifestyle.

South Asians are one of the largest populations in Skokie, accounting for about 3,000 of the village’s 65,000 residents, according to data. After learning that Northwestern was studying South Asian population health risks, Skokie health leaders attended a presentation and introduced themselves.

There, they learned that Dr. Swapna Dave, a Skokie resident, was working on the study and there were plans to expand it to the community level.

“We wanted to be part of that,” Counard said.

Dave said she met with Skokie health officials for the first time in 2014.

She began working at Northwestern University in 2010, exploring health factors for South Asians in a study that will track different groups for 20 to 25 years, she said.

That long-range study includes some 1,000 participants between Northwestern and its partner, University of California, San Francisco, she said.

SAHELI is focused more on how to inspire South Asians to take useful preventative measures to protect against high-risk health factors, Dave said.

“There are so many different cultural and social norms that play into making a change to your lifestyle that we have learned from our prior research,” Dave said. “With SAHELI, we’ve known about these high-risk factors so now what do we do about it?”

The goal is to promote a healthy lifestyle, which Dave said is more effective for prevention than medications, according to previous research.

Under the study, Skokie and its partners have been seeking out South Asian adults between age 18 to 65 for a free health screening.

Each participating person is then randomly assigned to a study group or a control group, officials said.

Those in the study group take part in health education classes with a range of lifestyle topics. They are given an electronic fitness tracker and other health aids and participate in diet and stress prevention activities and exercise.

The study group participants have blood work done at six and 12 months.

Control group participants receive only written materials in their own language and are also screened at six months and a year, officials say. All of the measures in the study are free to qualifying participants.

Funded for $3.5 million by the National Institute of Health, the study has a long way to go before any conclusions can be reached, SAHELI leaders say.

“A lot of South Asians are not aware of these risk factors,” Dave said. “They’re also not aware of the benefits of the research so we’re seeing what makes a difference.”

Dr. Namratha Kandula of Northwestern University, who oversees SAHELI, said the study is meant to show whether a lifestyle intervention will be effective with the South Asian population.

“What’s unique about the study is that it’s focused on the South Asian community specifically because of the high-risk factor,” she said. “They’re not well represented in health research or in studies to prevent heart disease.”

The study’s other unique aspect, she said, is that it’s being conducted with partners like Skokie. Other partners include Northshore University HealthSystem and Metropolitan Asian Family Services.

“We’re interested in the process and not just the outcome results,” Kandula said. “At this stage, we’re learning about the process like how do you work with the South Asian community to get them interested in research and educate them about their risk for heart disease and why this is important.”

But getting word out and inspiring South Asians to participate in the study continues to be challenging, leaders say.

In Skokie, about 100 people have participated in the study after a year. The goal is to have 500 participants by the end of the study, leaders say.

Sue Reisberg of the Skokie Health Department, who heads the Skokie portion of the study, said the study team is reaching out beyond just the Skokie community. Efforts have been made to recruit participants from different Chicago areas and from faith communities and mosques, she said.

Although results won’t be known for years, Kandula said the study is already proving useful.

“We’re learning a lot and we’re building on the capacity to do this work on a larger scale eventually and address issues for other communities,” she said.

For Skokie leaders, their partnership in the study seemed almost fateful, they said. No one had any idea that a study was being conducted so close by with one of the leading researchers being Dave, who now sits on the village’s board of health, they said.

For the Northwestern researchers, the community partners are a critical component to the study, they said.

“As a researcher and a scientist, you want to believe that what you’re doing is unique, that you’re running the show, that you’re the first person who’s ever thought of these ideas,” Kandula said. “But the fact is a lot of other people work on the ground level and notice inequalities in their community and try to do something about it.”

Read the full story at the Chicago Tribune 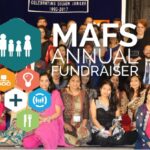 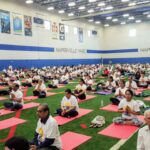