Metropolitan Asian Family Services (MAFS) proudly showcased a spectacular and most anticipated CURTAIN RAISER “Wafa Na Raas Aayee”, on May 16th, 2021. It was non-stop entertainment from 11:00 AM to 12:30 PM. This curtain raiser is a preview for the main Gala to be held on May 29th, 2021.

Dr. Santosh Kumar, Executive Director of MAFS along with Prashant Kumar (IT Director) and Sagar Kumar (CFO) and staff, paid attention to all details to prepare for a stunning curtain-raiser at our Schaumburg location. It was screened live on Facebook while many fans fervently waited online to watch the famous Jubin Nautiyal and Arushi Nishank who joined live during the late hours from Bombay. A special thank you to them!

The show began at 11:00 am as Mr. Mir Ali introduced the gorgeous and well-prepared hosts of the event, Ms. Pratibha Jairath, and Ms. Richa Chand. They welcomed Jubin Nautiyal, a well-known Indian singer, and Arushi Nishank, a renowned Indian Classical dancer, actor, film producer, and environmentalist.

Jubin Nautiyal was awarded the upcoming male vocalist of the Year at the 8TH Mirchi Music Awards in 2016 for his song “Zindagi Kuch Toh Bata” and his other achievement is the Rising Musical Star Award received at Zee Business Awards in 2015. Ms. Arushi Nishank apart from recently seen in her first debut music hit “Wafa Na Raas Aayee” is also a promoter of the Sparsh Ganga Campaign. She is also the daughter of Mr. Ramesh Pokhriyal, India’s Union Cabinet Minister for Education and former Chief Minister of Uttarakhand.

Jubin sang his famous songs “Chitti”, followed by “Wafa Na Raas Aayee”, “Tumhe Anna”, “Humnava Mere”, and many more, while he strummed on his guitar and mesmerized the listeners. Amidst the enthralling songs, Pratibha and Richa interviewed Arushi and Jubin about their journey to stardom. They both said through dedication and love for what they do have brought them to be where they are now. The show continued with vibrant, cheery, and jovial conversations with Jubin and Arushi. During the conversation, Arushi shared that her mother and dad were her role models.

Many people from the media waited patiently to interview Jubin and Arushi. The first to interview was Ghosia Ghiasuddin, a well-known radio host. She asked them about their journey in making “Wafa Na Raas Aayee”. Both said that it was a Team effort. The next media person was Munir Ahmad Ji from Chalta TV (Dallas). He first congratulated Prashant Kumar and his MAFS IT team for putting together such a well-organized show comprising people from all over the world, which is a very intricate undertaking. He praised them for a JOB WELL DONE! He praised the young stars for their achievements and asked about their future endeavors. From Adbhhut Media Gurmeet Ji asked about Arushi’s journey as a classical dancer, and she explained that she is happy to know that classical dance and music are becoming more prevalent with the youngsters and urged them to continue to learn classical dance and music. Vandana Jinghan during her interview said that she a big fan of both. Rachna Srivastava from California who writes for Hum Hindustani., was there to interview the stars of the show. At this time, Arushi shared her thoughts that “Success is never a destination it is a journey” and Jubin said, “Integrity paves one’s path to success”.

Arushi praised Dr. Mrs. Santosh Kumar for being her inspiration. Mrs. Kumar invited both Jubin and Arushi to join us for our grand Gala on October 17th, 2021.

Involving and perfectly coordinating such an organized show is such a difficult task especially when participants are from all over the world. Dr. Mrs. Kumar thanked the IT Team for perfectly and efficiently putting together such a lovely show involving participants from all over the world. She thanked the media, Mr. Ali, Ms. Richa, Ms. Pratibha, and her staff for working behind the scenes and making this show a gigantic success.

Dr. Kumar spoke about the part Metropolitan Asian Family Services is playing to help the community during this Pandemic, like delivering home-cooked healthy meals to the homebound seniors and many more. For more details visit us at mafsinc.com or umasinc.com.

The show ended with Dr. Kumar thanking the many viewers who poured their wishes and thoughts. Requests for more songs kept coming even after the show ended showing that the audience thoroughly enjoyed the show. And MAFS is always ready to put forth good entertainment. 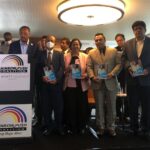 The conference was held on 26th Aug 2022 in Naperv

We were incorporated as a Not-for-Profit, Tax Exem 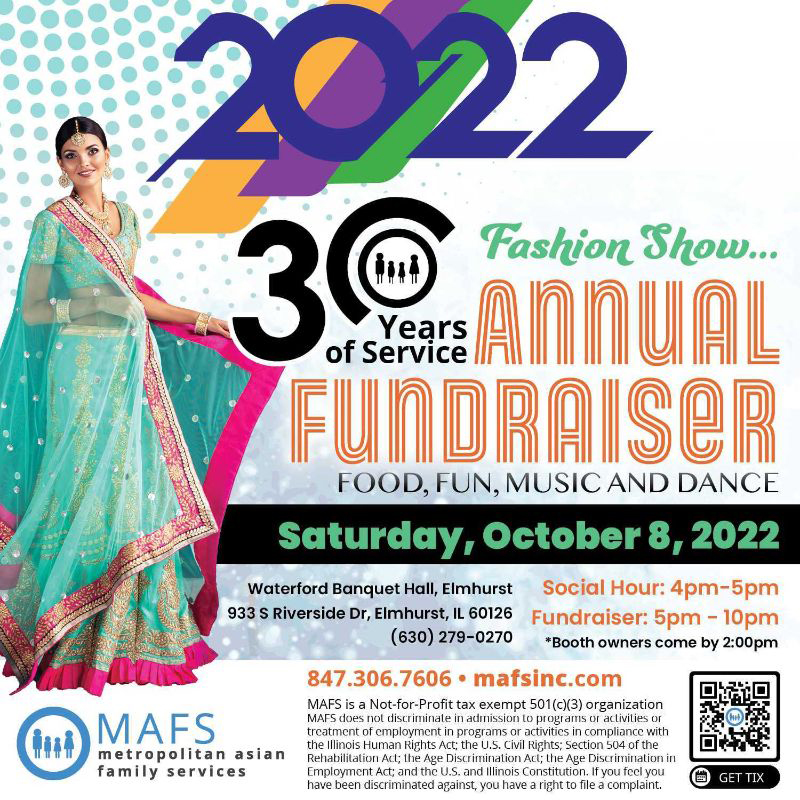