Metropolitan Asian Family Services, Inc (MAFS) launches yet another star studded Yearly Global Gala Fundraiser to Digitally Shape the Future of our Seniors and to celebrate the 150th Birth Anniversary of Mahatma Gandhi, with illustrious elected officials from around the world, including U S Congressman, IL State Representatives, renowned international professionals, entrepreneurs from the US and around the world!!!

This event commenced at 3:30 pm at the Waterford Banquet in Elmhurst, IL on October 12th, 2019, with its Round Table Conference. It was a symposium for delegates from all over the world to share their view to mold a better life for our seniors to lead a content and independent life in the digital future. Ms. Santosh Kumar, Executive Director/Founder and the Board Members, greeted all the Dignitaries with warmth as they assembled in the conference room. This meeting was attended by 51 attendees from all over the world including Congressman Bill Foster, Congressional Meeting Chair. Before the meeting, SAVING HUMAN LIVES: A TRIBUTE TO MAHATMA Gandhi, an exclusive Hands-On CPR training was presented by Dr. Vemuri Murthy, Chairman – Chicago Medical Society.

After this informative and well-participated session, the meeting commenced as attendees introduced themselves. They spoke about their experience to improve the living of the seniors all over the world. This discussion was very pertinent and captivating. In order to be prepared for the digital future of the seniors, two important conclusions developed out of this discussion… (one) increasing the care giver base to accommodate the growing senior population which is estimated to be more than one Billion by 2030. (Secondly) to include human touch while fulfilling their emotional need. While concluding, Congressman Bill Foster and the other leaders were honored by Ms. Santhosh Kumar with the Colors of MAFS, the Blue and white sash with the logos of MAFS and Universal Metro Asian Services (UMAS). They were also given a special miniature working replica of Gandhiji’s pocket watch specially bought for this occasion, from Rashtrapati Bhavan, India.

After the successful congressional round table conference, over one thousand guests gathered to celebrate an unforgettable fun filled evening which lasted up to 11:00pm. The event started off with the auspicious Deep Lighting Ceremony by Ms Kumar, Board members and distinguished guests as a universal symbol of truth, peace and prosperity.A fabulous invocation Dance, Ganesh Vandana was gracefully performed by Miss Gauri Yadav. Following this was, “MAFS IN ACTION”, a video illuminating MAFS’s history of service for the last 27 years. Next, Chief Financial Officer Sagar Kumar presented the Annual Report, where he showed the gaps in funding and the importance of fundraising to continue its services.

Entertainment started with the MAFS seniors who performed a rhythmic dance, “Down the Memory Lane”. It was the most cheered dance as the energy and enthusiasm was unparalleled. Later, Ms. Kumar and President of Cook County Board, Toni Preckwinkle took the center stage on a conversation on how MAFS was created, evolved and multiplied to the 14 well-equipped centers. Ms. Kumar shared her experience with an isolated senior couple, who were left home alone by their working children, who had no other choice.

The senior couple had no idea of how to operate an oven, in order to merely make a cup of tea! Ms. Kumar helped them at that time but was grief stricken! As she explained, Ms. Kumar chocked with tears and was immediately consoled by President Preckwinkle. This incident triggered her to form the now prominent MAFS to help the isolated senior community. President Preckwinkle was moved by this explanation! This conversation clearly enlightened the audience about the formation of MAFS!

This was a truly Historic Moment! Anita Lerche, International singer from Indianapolis stole the heart of the gathered people as she pleasantly sang Bapu’s favorite Bhajan ‘Vaishnave Jan to Tene Kahiye’. Her pronunciations and rendering of the song was noteworthy and melodious. Then followed the reflections of Mahatma Gandhiji by the adorable, Miss Steffana Angel Paul of the Longwood Elementary School, Naperville! American and Indian National Anthem was sung by Miss Gauri Yadav and Ms. Padma Mehta! Following this remarkable rendering, Bollywood fame Madura Sane’s dance honoring Gandhiji’s Journey was incomparable. Dinner was served at this time; however, the audience could not take their eyes off this Poise dancer, Madura Sane. Her balletic movements were astounding and graceful. Ms. Sane danced fluently and effortlessly well portraying the simple life of Gandhiji.

Next, was Mexican dance rhythmically performed by Ballet Folkloric Quetzalcoatl. Our very own Rosa Barraza did a great job as one of the dancers. The spotlight fell on our young Executive Sagar Kumar, as he went up the stage to join the ballet. The crowd roared with applause and asked for a replay! Following this, MAFS Seniors, board member and staff played a skit named Sarhadey, a tribute to our Veterans who sacrificed their lives for the country! This characteristic and emotional skit was played several times at many occasions, by our staff and seniors at the request of the audience.A special mention to Mr. Kamran Issac who played excellent background score on the Keyboard. Dr. Rakesh Asthana, Secretary of MAFS Board, took the center stage and appealed to the audience to support the MAFS mission.

We had many generous donors who generously contributed in order to support our Mission! Kudos to our DONORS! Next, a meaningful skit “Gandhi Ek Yugpurush” played by Mandi Theatre was noteworthy. This was followed by MAFS raffle conducted by the event organizer, Dipti Shah!Next, Dr. Firdaus Jafri presented the employee awards. Ms. Padma Mehta was conferred with the MAFS President Award. A special salute was offered to Honorable Anna Hazare – Social Activist and Bindu Dalmia – New Delhi. Pramod Kumar Philanthropy award was granted to Dr. Ratnam Chitturi-Founder and President of North South Foundation-for his selfless service in helping the children worldwide to excel academically. Community Service Award was given to Representative Michelle Mussman, a fulltime State Representative of the 56th District for her relentless service. Partnership Award was aptly awarded to Dr. Namratha Kandula, Northwestern University. Pillar of MAFS award to Awilda Gonzalez-Project Manager, Coordinator of the Year to Shane Solanki, Employee of the Year to Shrenik Dalal, Volunteer of the Year to Anita Rawal, Outreach Award to Kiran Patel and finally Cook of the Year to Nayanaben Patel. Cheers to the Award Winners!Lastly but not the least was the Grand Finale, by the Bollywood Fame Sufi Singer, Indira Naik in concert! This nightingale’s voice was hypnotic! Vocally she had a fabulous tone and had a good control on the high notes, a great overall performance!A special thanks to our event chairperson, Dr. Vijay Prabhakar, who spent relentless months planning this event. His handwork was obvious as the show was a huge success! Next year’s organizers will have their hands full trying to equal the quality of this year’s event. Kudos Dr. Prabhakar!The event concluded with many group photos to make this fantastic event a memorable One!

Only 2 hours away! Please support our MAFS & Get y

Please support our MAFS! Get you tickets now 🙏

We also have FREE Hepatitis B Screening & Testing! 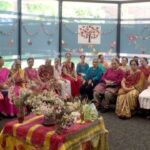 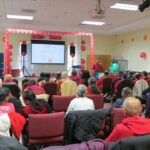 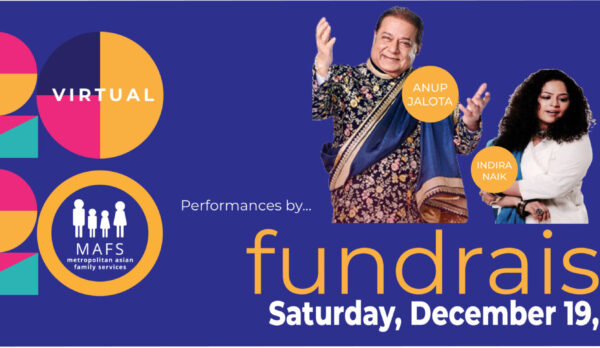 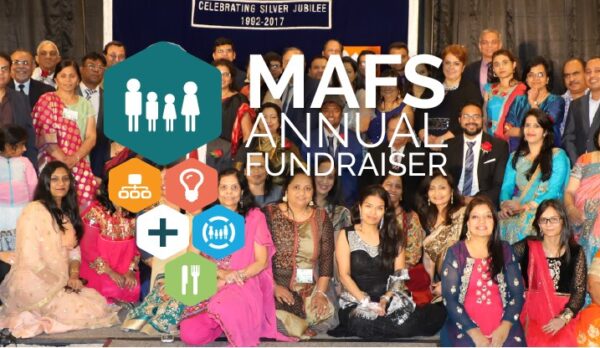 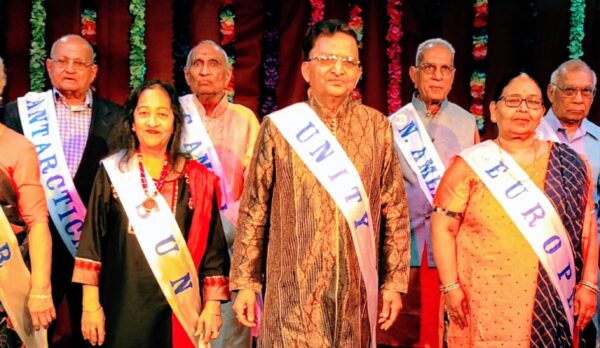 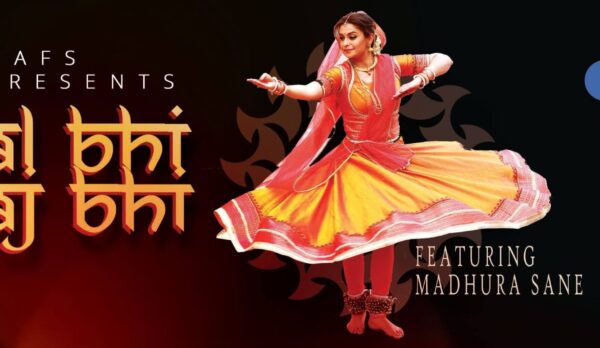 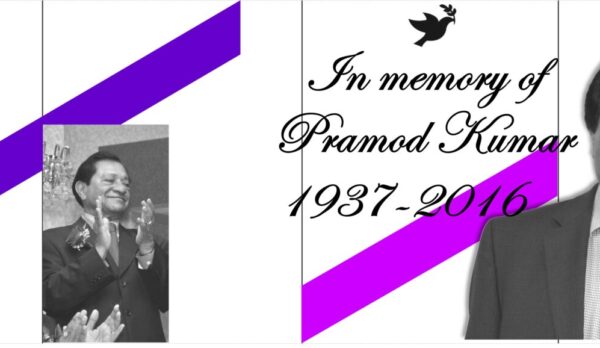 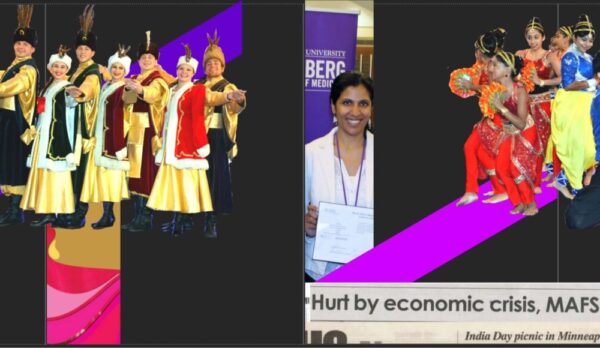 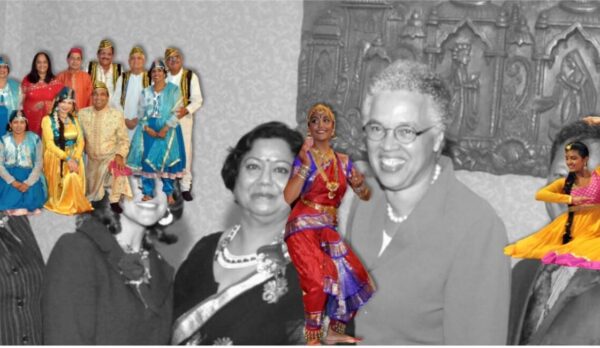 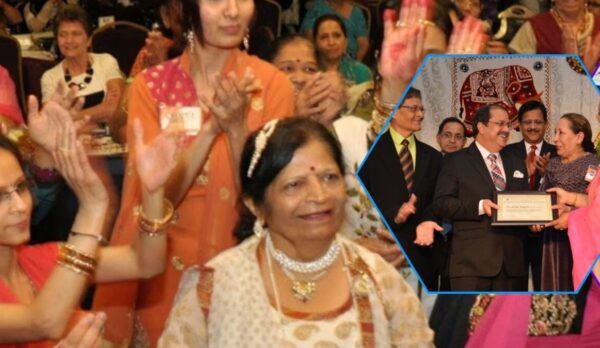 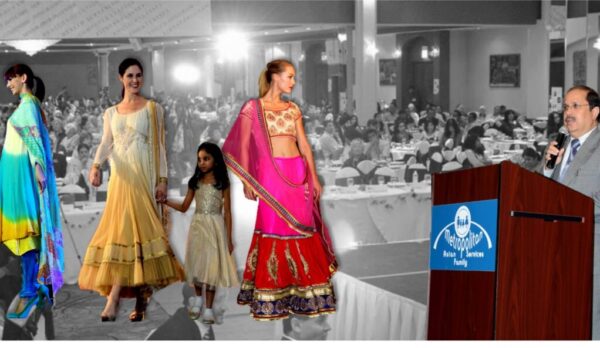 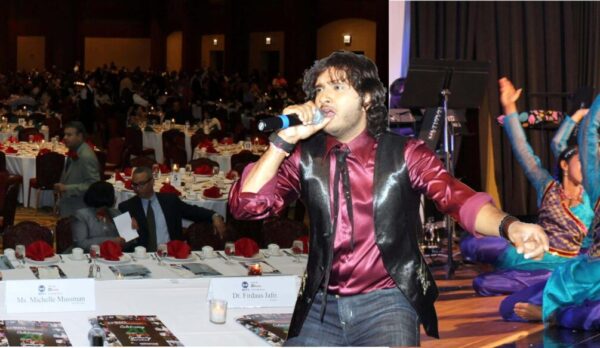 We Celebrated Our 20th Anniversary At Our Annual Fundraiser Held On September 22, 2013 At Meadows Club, Rolling Meadows.
Read more